THE FRESCOES IN THE LIBRARY

You are here: Home > Frescoes

The fresco cycle in the seven vaulted domes was created by Bartolomeo Altomonte (1694-1783).

The painter accepted this work at the age of 80 and was able to complete it in the summer months of 1775 and 1776. The basic theme of this seven-part picture cycle is the intimate connection between religion and the arts and sciences.

The theme of revelation as the basis of the Christian religion is placed undisputed in the central cupola.The personification of Divine Wisdom is enthroned in the centre of this picture. On her left is Moses as the representative of the Old Testament and on her right is a female figure wearing a tiara, a personification of the Church as the representative of the New Testament. Below this – so to speak the foundation of Christan doctrine – are shown the four Latin Church Fathers.

The neighbouring cupolas to the North and South contain portrayals of the various arts and sciences, which will be described here briefly, together with their central themes. The first picture by the South entrance to the library is devoted to the theme of the arts and technology. Apollo is shown in the centre as the god of poetry and of light enthroned over the nine Muses. Sculpture, music and painting are portrayed as allegorical female figures. The second vault is dedicated to medicine and science. The main figure is a man clothed in a doctor’s gown with an Aesculapius’ staff giving a prescription to a female figure personifying pharmacy. Around this main group are the personifications of other sciences: for example, physics, mineralogy, astronomy, geography and arithmetic. The third fresco presents theology and religion. In the centre theology is personified as a female figure with the sun on her breast. Beside her are the Dove of the Holy Ghost and a woman who symbolizes “truth”. Below – again as women – are the three Divine virtues Faith, Hope and Charity. Revelation as centre and apotheosis adorns – as described above – the central cupola vault.

The two allegorical figures of canonical and profane law in the fifth fresco represent jurisprudence. Above them floats a genius with a scales, the well-known symbol of justice. In the centre of the sixth cupola fresco, which is intended as an allegory of historical research, can be found a winged genius and a female figure pointing to a basket carried by a putto, containing a number of disordered books, symbolizing the many sources of history. Below these appears Chronos as the god of time.

AWAKENING OF THE SPIRIT

The end of this cycle of pictures, the seventh cupola, honours the awakening of the spirit through speaking and thinking. Aurora – the goddess of the dawn – stands in the centre of the painting. A flaming torch is carried before her to drive away the darkness and thus, figuratively, ignorance. To her right and left are the personifications of grammar and dialectic as the basic disciplines of the mastery of speech and intellectual activity. 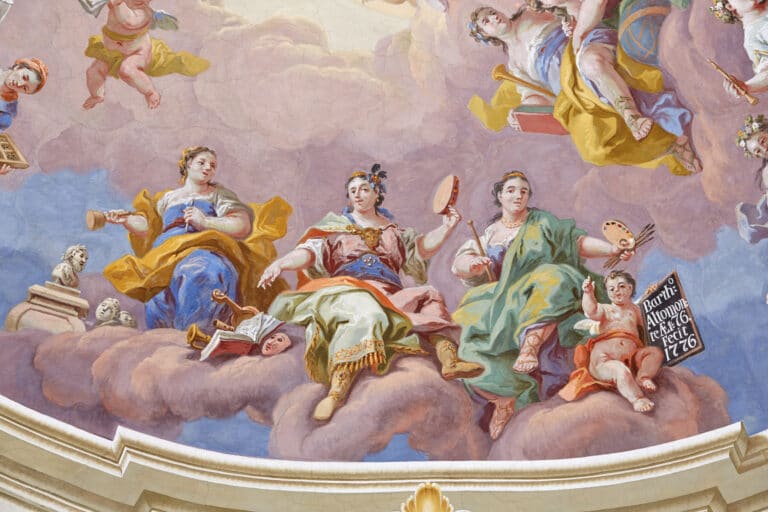 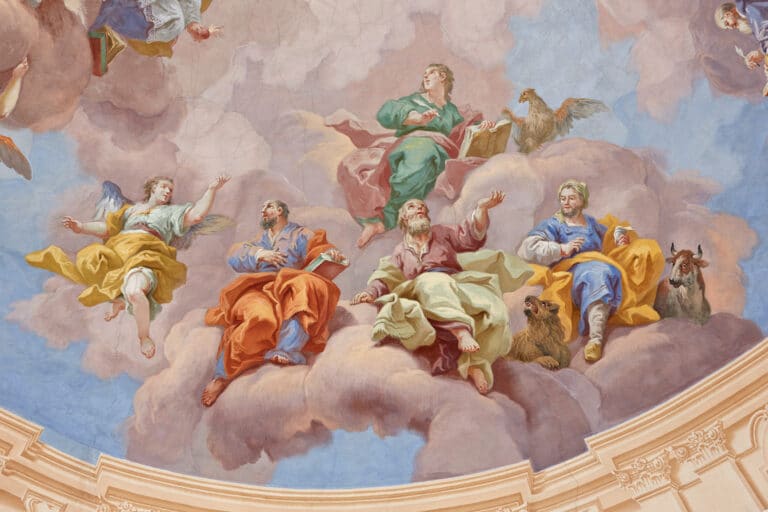 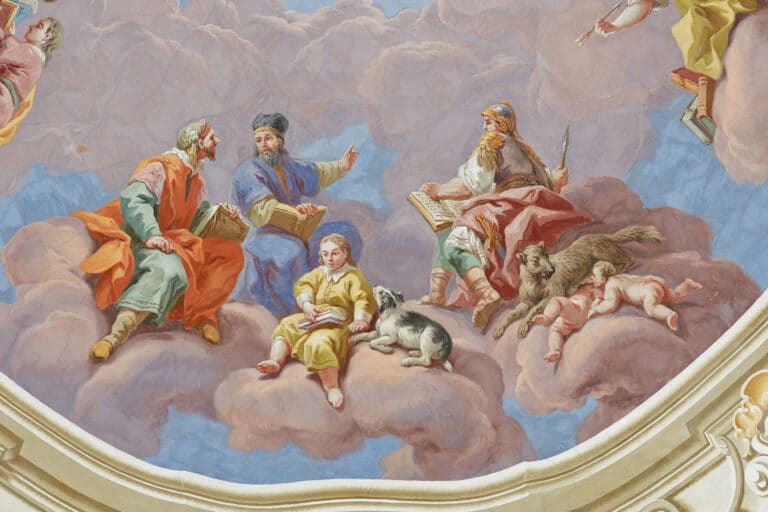 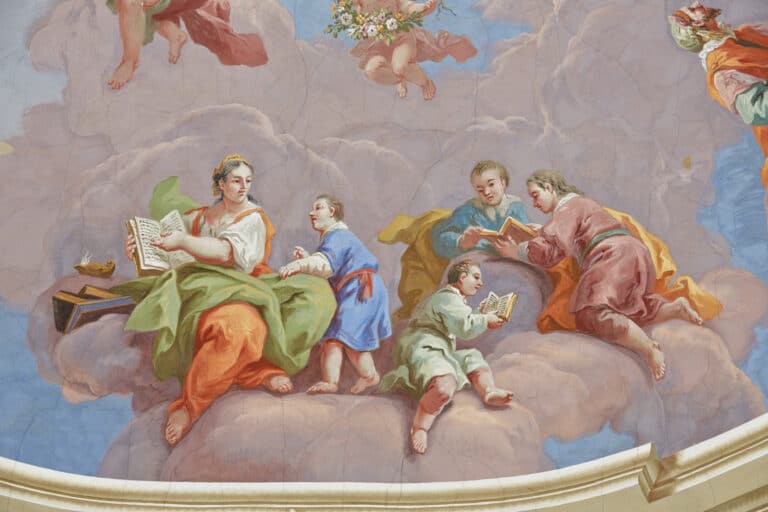 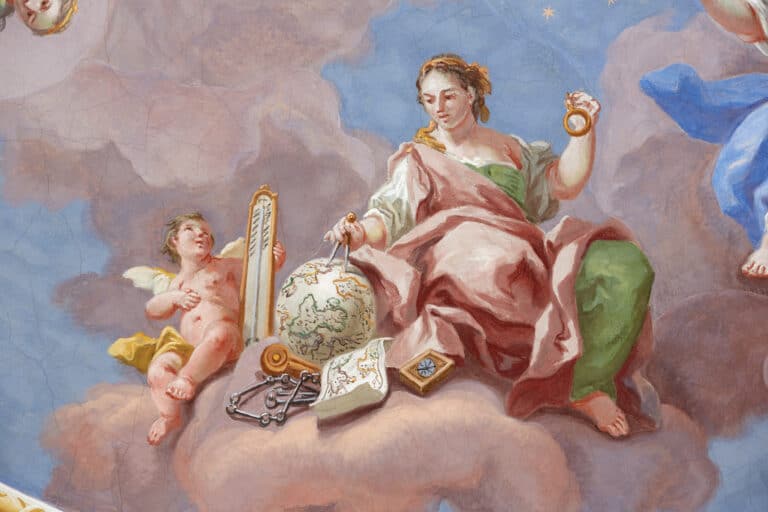 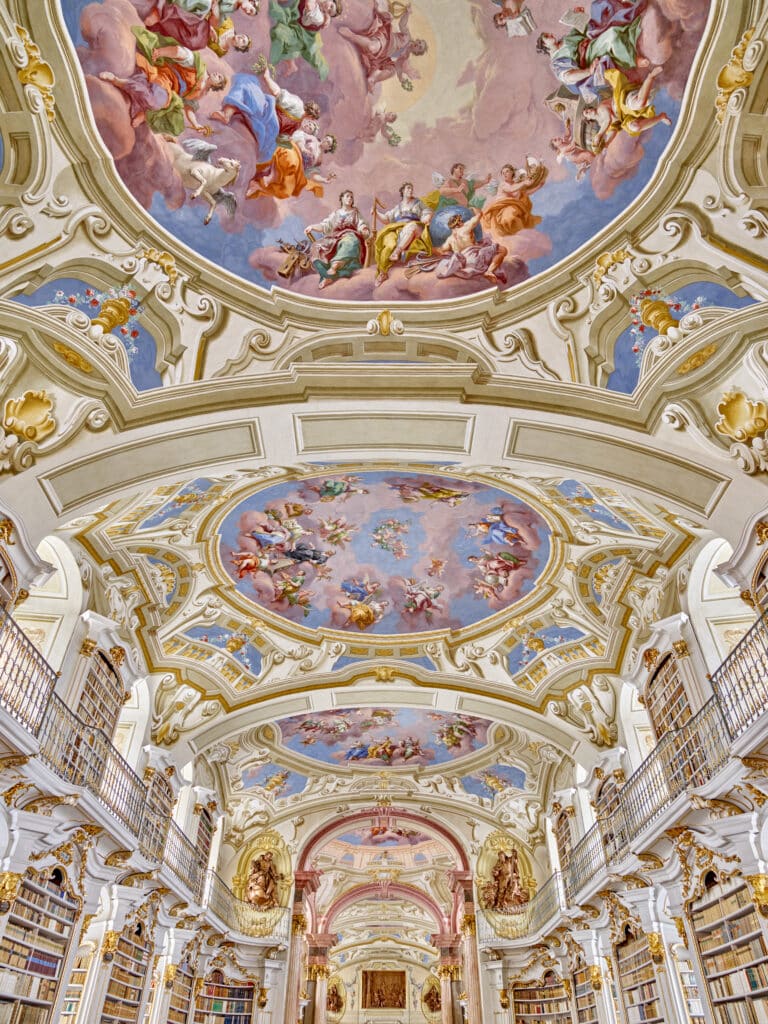 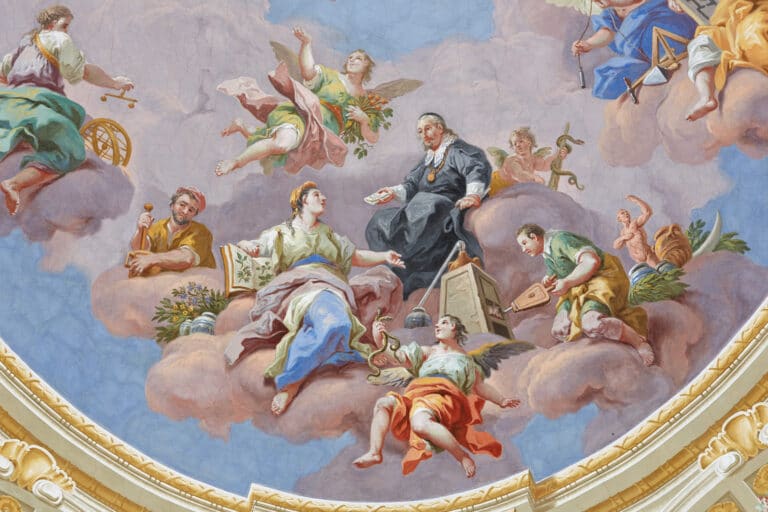 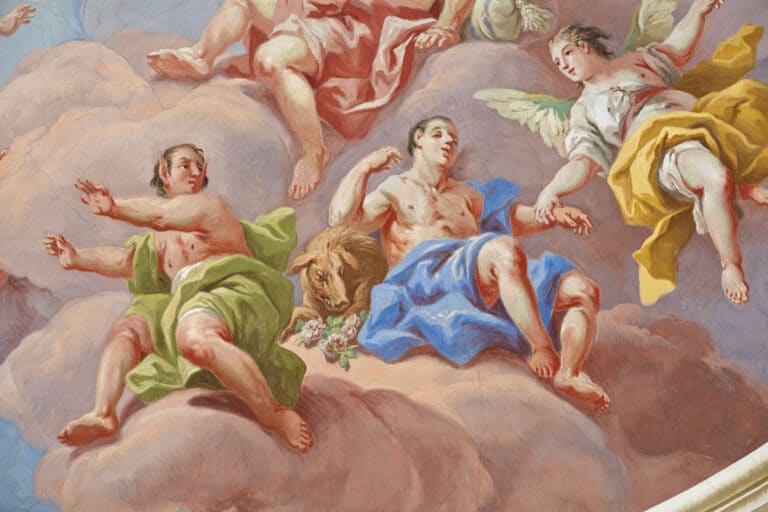 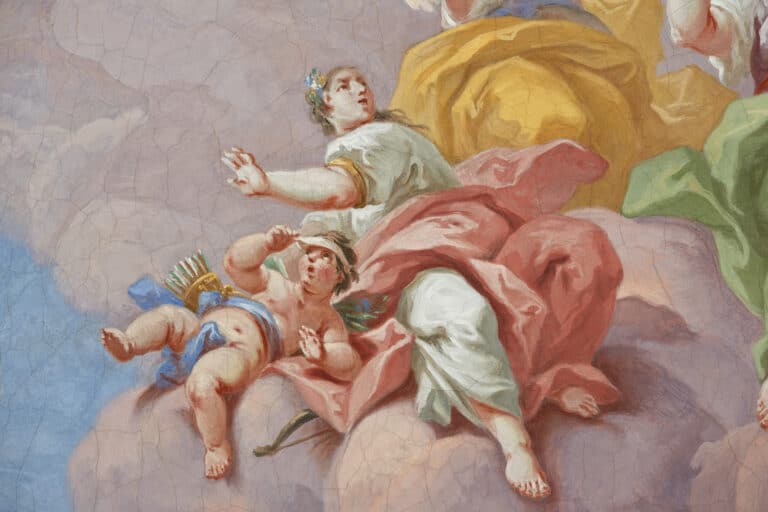 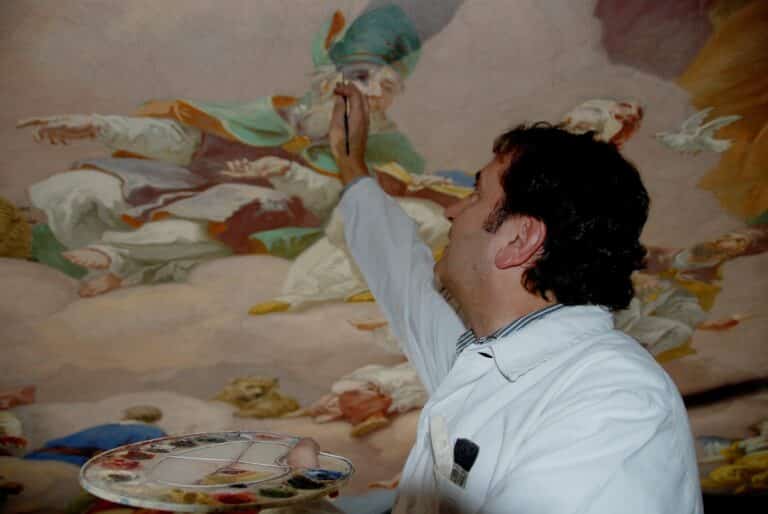 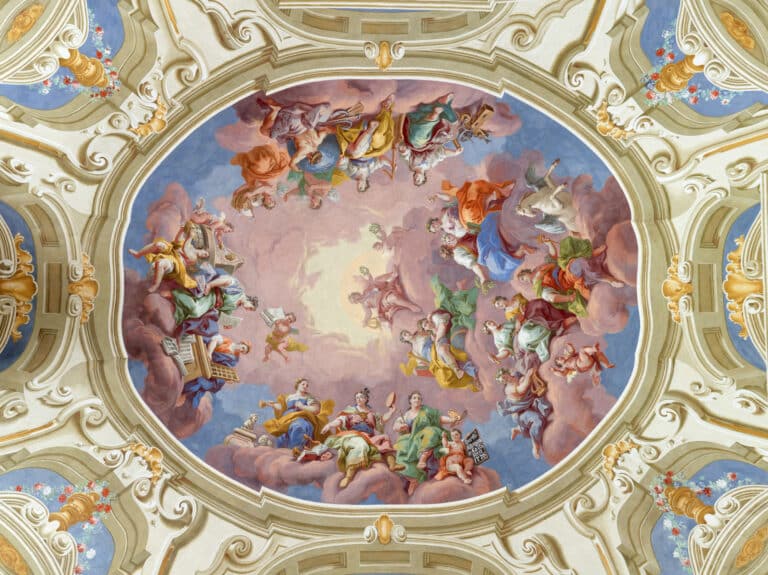