You are here: Home > The Monastery History

The foundation of Admont Benedictine Abbey dates back to a foundation for St Hemma of Gurk. It was carried out in 1074 by Archbishop Gebhard of Salzburg. The first monks came from the Benedictine Abbey of St Peter in Salzburg. Today, the Abbey is the oldest existing monastery in Styria, where you can see its diversity and how diversity is created.

After the turmoil of the investiture controversy, Admont rapidly gained importance and became one of the most important monastic centers in the Southern German and Austrian area. In the course of the Hirsauer reform 25 abbeys were reformed by Admont. Also due to its significant writing school Admont raised to a cultural and spiritual center in the Middle Ages. Around 1120 a nunnery following the Benedictine rule, was added to the monastery. The nuns gained reputation for their high standard of education and literary activities. However, the nunnery’s existence ceased during the reformation period.

Abbot Engelbert of Admont (r. 1297-1327) was one of the most versatile scholars of his time. He passed on more than 40 major and minor scientific treatises. The Turkish Wars and the Reformation triggered an era of decline. The Counter-Reformation brought the abbey a new lease of life.

In 1735, in the course of the numerous building activities in the Baroque-era, architect Gotthard Hayberger began with a large-scaled reconstruction of the abbey that was later continued by Joseph Hueber

In 1865 a fire consumed almost the entire monastery, with the exception of the library. In the years following this catastrophe, the monastery was only partly reconstructed. The abbey’s church, as it can be seen today, was built on the foundations of the old church and is the first neo-Gothic sacred building in Austria.
During the economic depression in the 1930s the monastery could only secure its existence by selling precious art treasures. After the expropriation by the Nazi regime in 1939 the monks returned to the monastery in 1945.

Today the abbey is a spiritual, cultural and economic center of international prominence. The monastery is in charge of 26 parishes, run a nursing home and a high school with around 700 students. The abbey’s companies currently employ approximately 500 people.

The monastery's main cultural attraction: the baroque library and large museum opened in 2003. Abbot Gerhard Hafner has presided over the Admont monastery community of 23 monks since March 17, 2017. His motto is: "Love one another as I have loved you!" (Gospel of John) 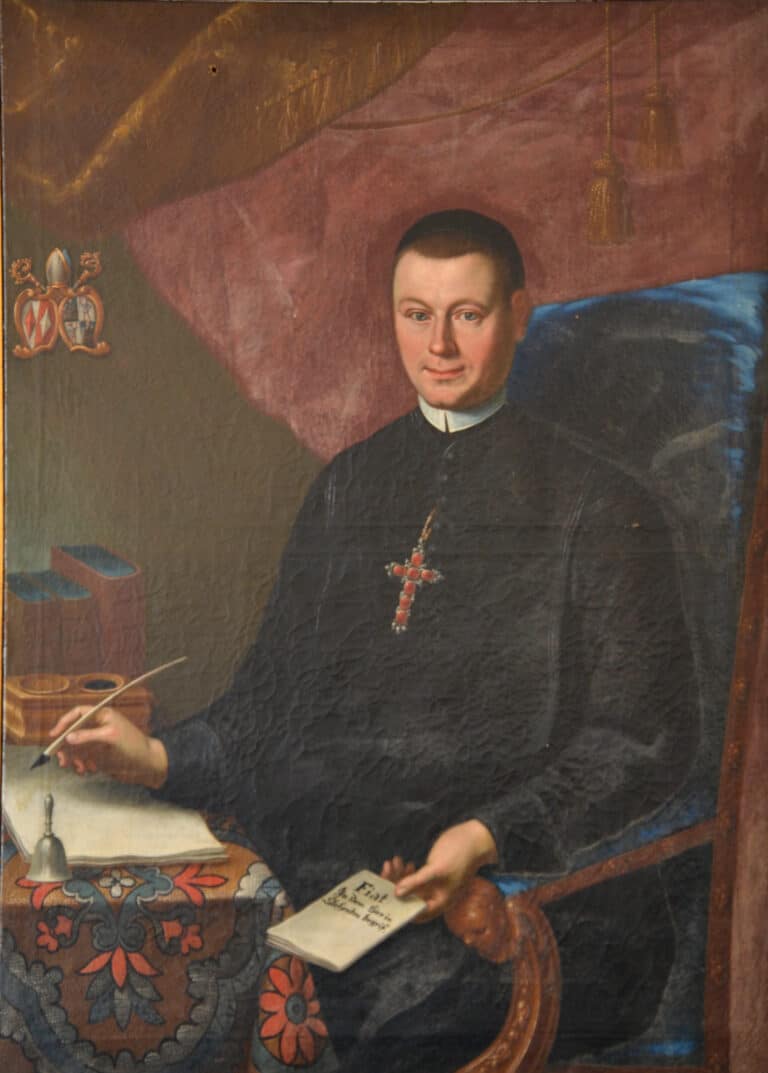 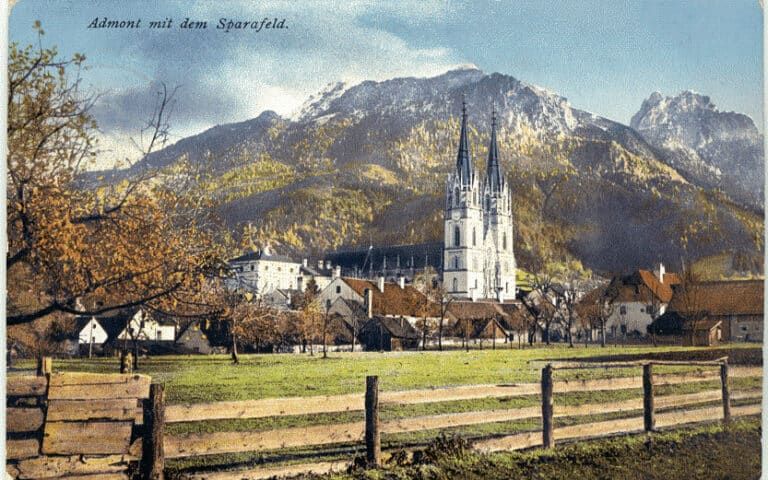 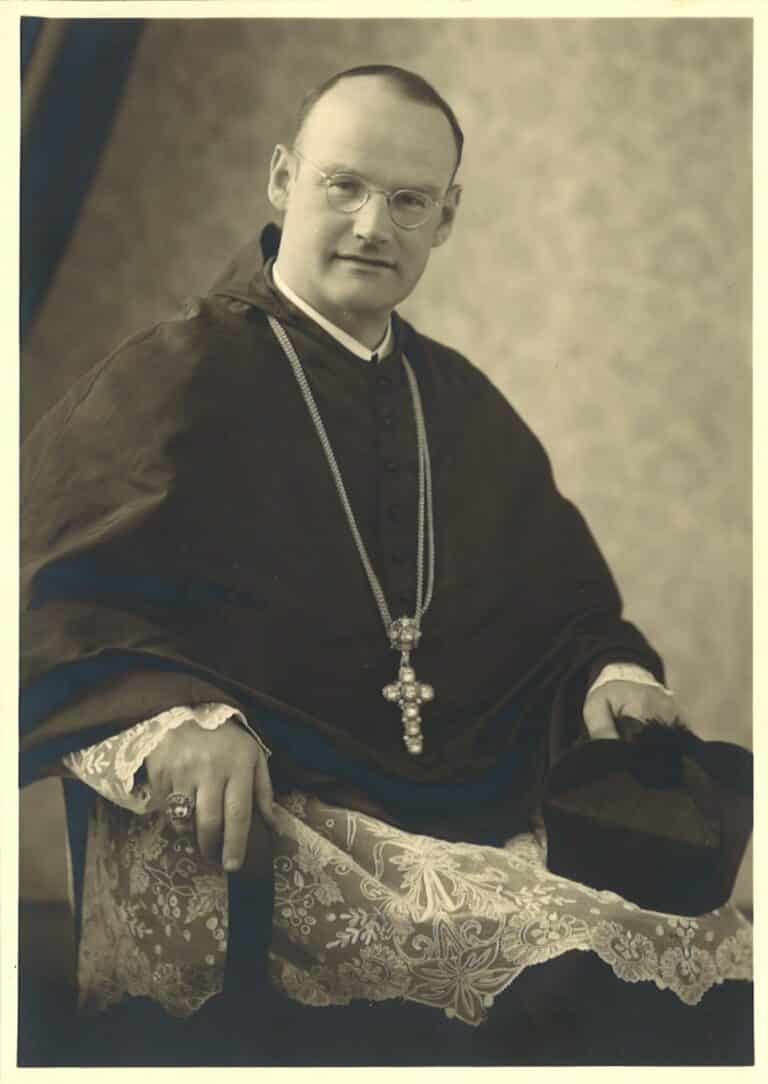 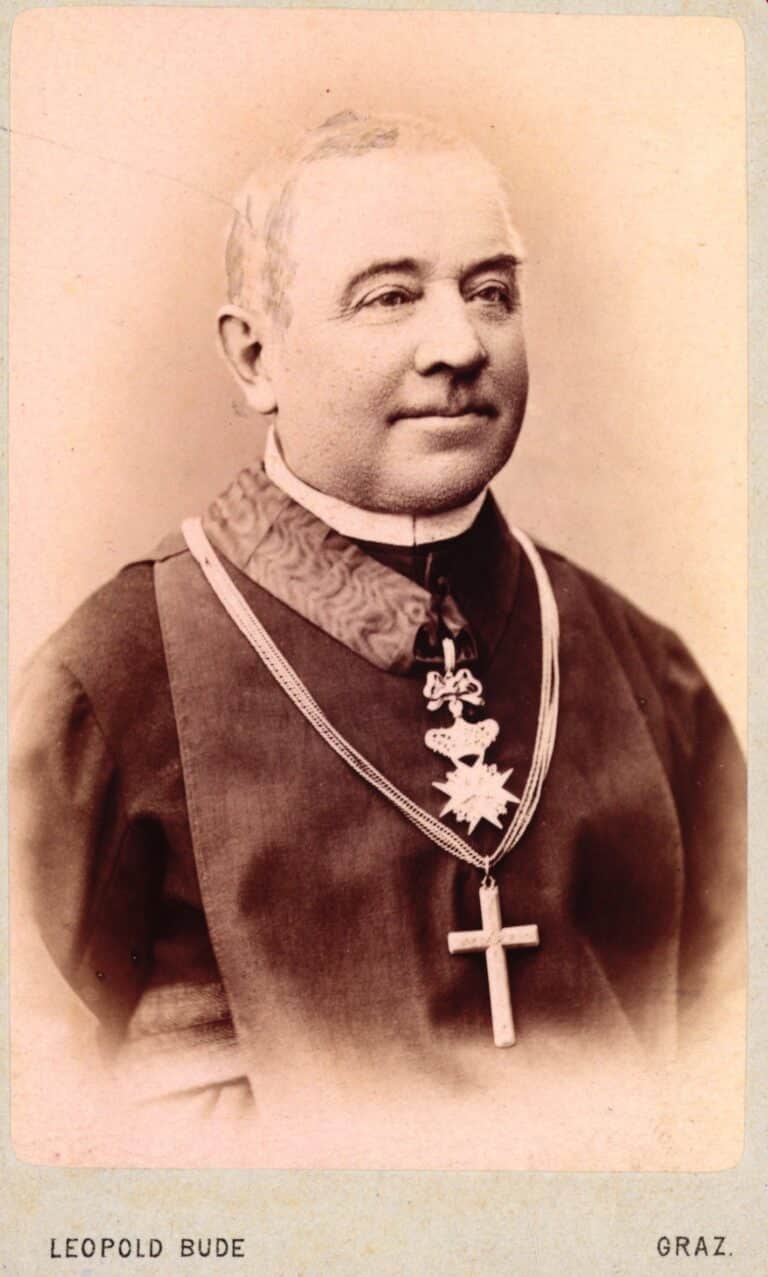 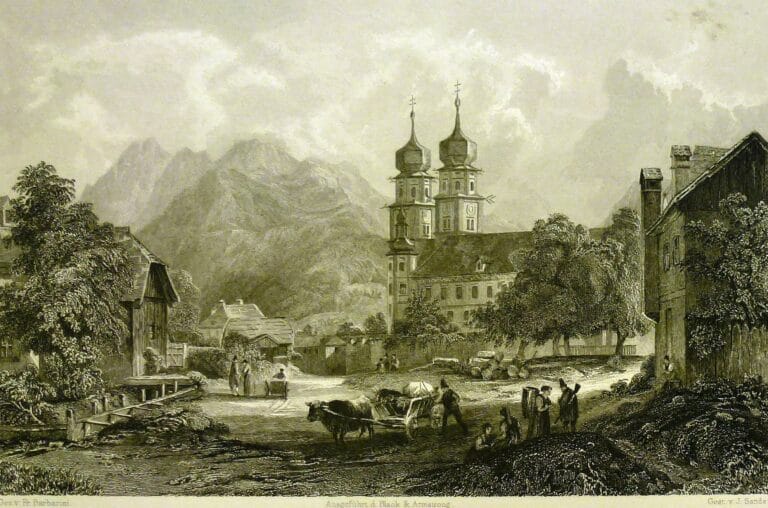 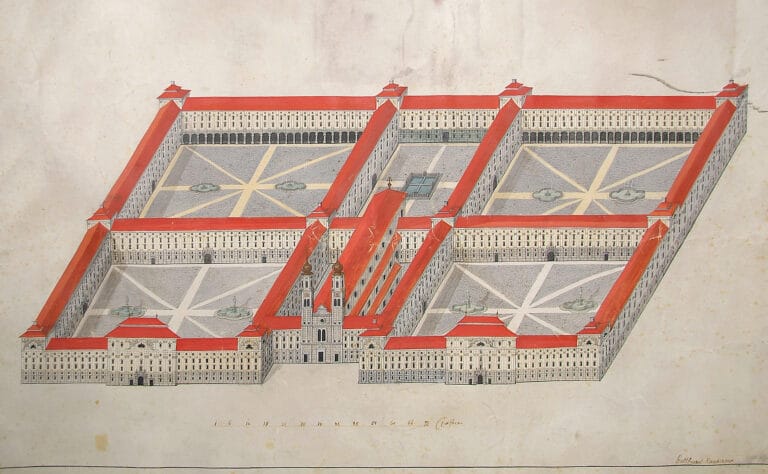 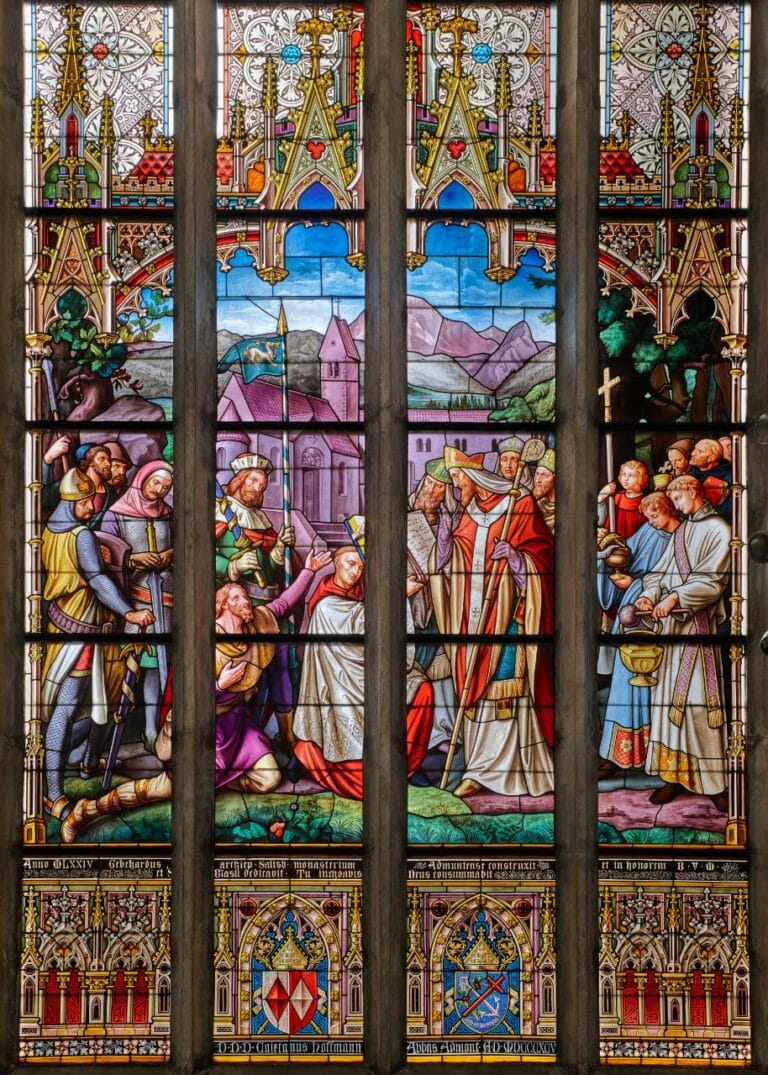 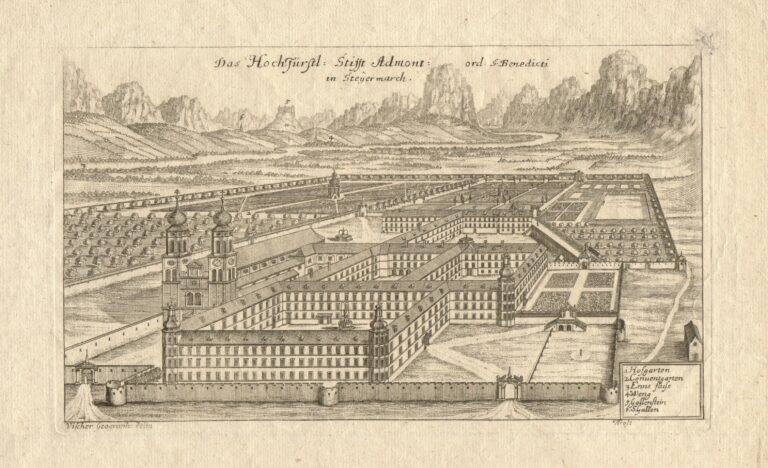 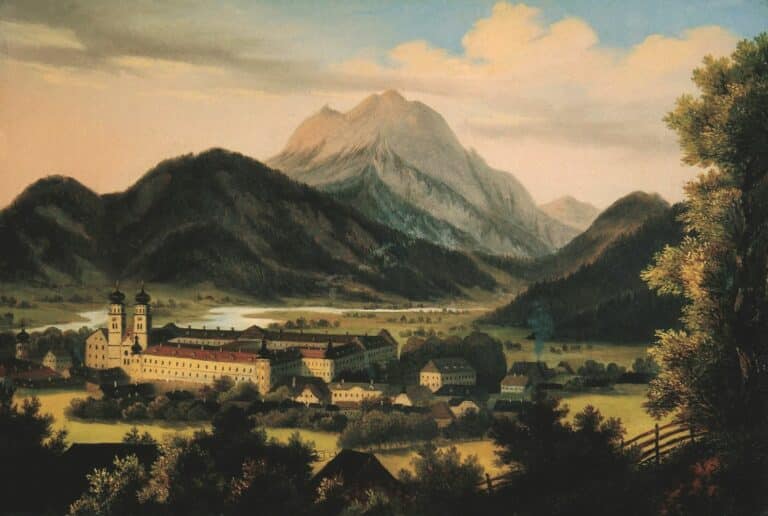 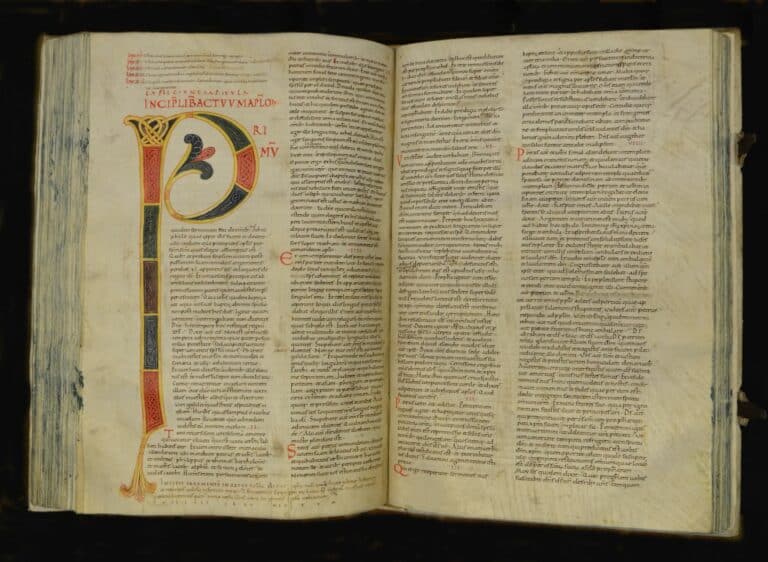